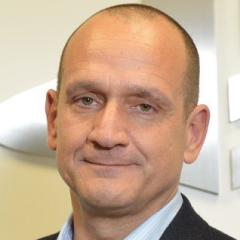 During his nearly 30-year career, Marco Saletta has gained extensive experience in the consumer sector first and then in the entertainment sector.

In fact, he began his professional career in the Ice Cream & Frozen Food division of the Unilever group, where he worked from 1993 to 2004, with various positions in the marketing and sales departments.

From 2004 to 2010 he then continued his experience in the consumer market at the S.p.A. Birra Peroni, a company of the SAB Miller group, holding the roles of Sales Director of the two sales channels.

He then joined Sony Interactive Entertainment in April 2010 as Sales Director before taking on the role of General Manager of Sony’s PlayStation division in Italy in April 2012.

Marco is currently President of IIDEA (Italian Interactive Digital Entertainment Association), the association that represents the videogame industry in Italy.