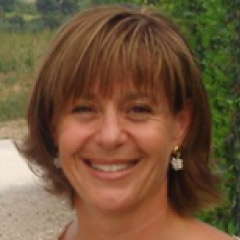 Associate Professor of Tax Law within the Faculty of Law, University of Teramo, where she graduated in Law in 1987 with honours, she has been a researcher at University of Teramo (SSD IUS 12) since February 2004. She obtained a PhD in Procedural Tax Law at the University of Pisa in 2003. From January 1992 to January 2004 she worked for the Ministry of Finance and Economy; from 1996 to 1997 she led the Branch of the Territory Office of Pescara, and from 1997 to 2000 she carried out her duties at the Legislative Office of the Ministry of Finance and Economy, Department of Governmental Affairs. She currently holds two different post – graduated courses, too, namely Scuola per le professioni legali and Scuola di specializzazione in Diritto amministrativo She has been a professor in the module on tax assessment at the IPSOA Master (in Milan) in Tax Law since 2001, as well as in several other Masters. She teaches in numerous post-graduate courses, training, specialisation and undergraduate courses at universities and national bodies. She taught in and organised the course in Tax Law and Practice, funded by Regione Abruzzo (Higher Training: Size C/3.3) held at the Faculty of Law in Teramo from June 2004 to July 2005. She teaches in and organises the post-graduate courses in tax law of Teramo University (an improvement course about fiscal procedure and fiscal trials and a Master’s Degree in Tax Law), which have been held since the academic years 2006/2007 and have come to the sixth edition, this year. She is an ordinary member of ANTI (National Association of Italian Tax Experts) and of the Italian Association of Tax Law Professors (AIPDT). She is a member on the editorial board of several specialised journals: “Il Bollettino Tributario d’ Informazione”; “Rivista Trimestrale di Diritto Tributario” and “Rivista di diritto tributario internazionale – International tax law review”. Since 2019 she is part of the “Nucleo di Valutazione di Ateneo” (NUVA) and she was part of the “Presidio di Qualità” of the University of Teramo.   She partecipated in the research projects: Public finance, State aid and Tax relief for areas strucked by natural disasters (PRIN 2009) and for Storic, artistic and cultural heritage (PRIN 2015). She is author of more than a  hundred articles and essays and wrote the monograph:“Agevolazioni fiscali. Profili procedurali e processuali” (Torino, 2012).