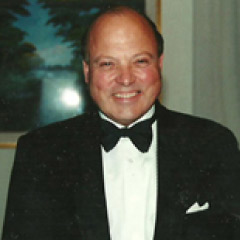 Professor Iodice spent over three decades as a senior executive in the public and private sectors, as an educator and as a university administrator. Those thirty years of experience include being a key official in Washington working for several Administrations, reaching the top ranks of the civil service and the diplomatic corps. He remains among the most decorated officers in American history with a gold medal for heroism, a gold medal and silver medal for exemplary service, nominations for the Bronze Medal and numerous commendations and citations.  He served as Minister in key US missions abroad including Brasilia, Mexico City, Rome, Madrid, and Paris and departed after being named to the list of future Ambassadors. Among his honors are being knighted by the former king of Italy. He received Medals of Honor from Spain and Italy.  At age 33, he was named by the President of the United States to the prestigious Senior Executive Service as a Charter Member.  He was the youngest career public official to reach this distinction. After the Foreign Service he was named Vice President of Lucent Technologies in charge of operations in numerous countries and later taught full time a Trinity College in Washington, DC. In 2007, he was named Director and Professor of Leadership of the John Felice Rome Center (JFRC) of Loyola University Chicago.  He served as Director until 2016.  During that time, the JFRC acquired its permanent home in Rome and was modernized to be an American university with state-of-the-art technology and a world class roster of professors.  Alumni from the Rome Center contributed to its operation and to the creation of a new building, inaugurated in 2019. In 2012 his bestselling book on tenor Mario Lanza was published entitled, A Kid from Philadelphia, Mario Lanza: The Voice of the Poets. In 2013 his second book, Profiles in Leadership from Caesar to Modern Times was published.” In 2014 he published Sisters, the story of two extraordinary people, his mother and aunt as well as Future Shock 2.0, The Dragon Brief 2020  a work of fiction based on fact looking at the future of the world. In 2014, he published Reflections, Stories of Love, Leadership, Courage and Passion. Two award winning books were launched recently, When Courage Was the Essence of Leadership: Lessons from History and Across Time and Space: Chronicles of Courage, Hope, Love, Persistence and Leadership. Professor Iodice sits on the Boards of Marymount International School and Istituto Marymount, in Rome Italy.  He is a member of the Editorial Board of the Journal of Values Based Leadership and is a regular contributor of articles and editorials.  In Italian, he writes regularly for Ponza Racconta which is a web site for the island of Ponza in Italy, the hometown of Professor Iodice’s parents and grandparents. He speaks several languages, has traveled across the globe and his passions in life are the Rome Center, its staff, faculty and its students, Loyola University, good music, writing and reading, his family and, in particular, his granddaughters, Sofia and Helena.