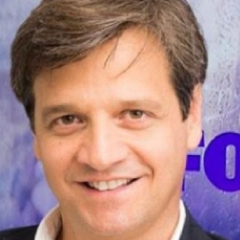 Born in Battipaglia in 1965, after graduating in Economics and Business and the achievement of the qualification as a Chartered Accountant, he gained his first experiences in a company in the training sector. In 1996, he joined Studio Associato Legale Tributario associated with Ernst & Young, the prestigious worldwide network of professional services in management consulting, auditing and taxation. He remained with Ernst & Young for ten years, working as Tax Senior Manager, providing consulting services to large Italian and multinational groups. In 2006 he devoted himself to freelance economic and financial consulting, until 2011 when he was hired by Fox International Channels. He was appointed Chief Financial Officer for Italy and Germany and was responsible for all treasury, administration, tax, budgeting and management control activities. In 2013, from August to October, he worked in the Los Angeles office as Senior Vice President for Latin America, Europe, Africa and Asia for financial reporting and compliance activities. As he returned to Europe, first in the Amsterdam and later in the London office, he has been CFO Europe and Africa of Fox Networks group with responsibility for personnel, broadcasting operations, finance, management control and business development, up until 2017. Following, his experience as the General Director and Chief Financial Officer of Fandango Spa up until November 2018, when he was appointed by Rai to deal with Corporate activities in the CEO staff. Since 2019, he is Corporate General Manager.