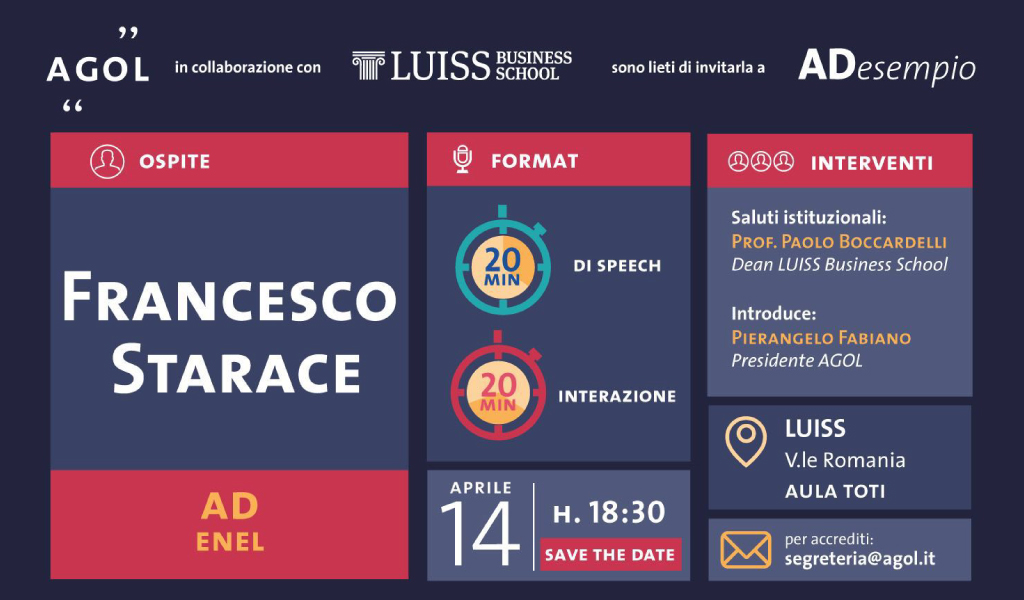 On 14 April 2016 LUISS Business School will host the next meeting of the ADesempio series with Francesco Starace, CEO Enel S.p.A., as guest speaker. During the event, organized by AGOL – Associazione Giovani Opinion Leader, students and AGOL’s guests will interact with the speaker thanks to the innovative format of the meeting, 20 minutes of speech and 20 of interaction. ADesempio is designed to stimulate dialog between the current leading class and young people while promoting renewed leadership throughout the country. 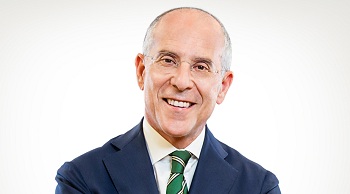 Francesco Starace was appointed Group Chief Executive of Enel S.p.A. in May 2014. Mr. Starace joined Enel in 2000, holding several executive positions including Head of Business Power (from July 2002 to October 2005) and Managing Director of the Market Division (from November 2005 to September 2008).

Between 2008 and 2014, he was Chief Executive Officer of Enel Green Power, the Group’s renewable power generation subsidiary and a leading player in the global renewables industry. In November 2010, Mr. Starace led the Initial Public Offering (IPO) of the business, floating it on the Milan and Madrid stock exchanges with a market capitalization of €8 billion.

Mr. Starace began his career in construction management of power generation plants, first at General Electric Group and then at ABB Group and subsequently Alstom Power Corporation, where he was appointed Head of worldwide gas turbines sales.

He graduated with a degree in Nuclear Engineering from the Milan Polytechnic. He is married with two sons, is a keen cyclist and a supporter of A.S. Roma football club, and is passionate about poetry.