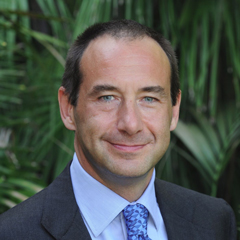 Luca Dal Fabbro is the Executive Chairman of Renovit Spa and Vice President of Snam, Europe’s leading natural gas utility, a position that he has held since April 2019.

He is also Vice President of the Circular Economy Network, a project to promote the development of the circular economy in Italy, and co-Founder of the European Association OCCE (Organization for Climate and Circular Economy) in Brussels.

He is General Manager of INSO, an engineering and construction company, and contract professor at MBA LUISS University in Rome. Dal Fabbro is also on the advisory board of Aspen Friends Association.

He boasts an extensive international managerial experience in leading energy and industrial companies: he was previously CEO of Enel Energia SpA and E.On Italia SpA, and manager of Techint and Procter & Gamble. As Chairman, he successfully listed the advanced energy storage company Electro Power Systems S.A. on Euronext Paris. Until March 2019 he served as an independent board member of Terna for five years.

He holds a BSc and an MSc in Engineering at I University of Rome and a Postgraduate degree in International Politics at ULB Centre d’Etudes des Relations Internationales & Stratégiques in Brussels; he also studied advanced management at M.I.T. Sloan School in Boston.

He wrote and published in Italy in 2017 the book “L’Economia del Girotondo” on the challenges of Climate Change and the Circular Economy.