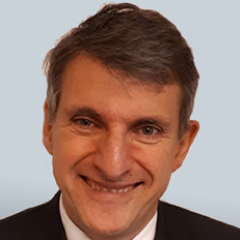 Head of the Policy, Evaluation and Advisory Department, CDP

Luca D’Agnese is Director of CDP Infrastructures, PA and Territory, Cassa Depositi e Prestiti. In this capacity, he is involved in “accelerating the development of infrastructures by providing financial support to companies in the sector and to central and local public administrations”. He also deals with infrastructure advisory. He joined Enel in 2011 as Country Manager in Romania, he became Head of Eastern Europe, then Latin America and finally CEO Americas. Previously, he worked in Hewlett Packard and McKinsey. He was Chief Executive Officer of the National Transmission Grid Operator (GRTN) which later merged with Terna and became Operations Director. In 2007 he became CEO of Ergycapital. Graduated in Physics at the Normale di Pisa, he obtained a Master’s degree at INSEAD in Paris.