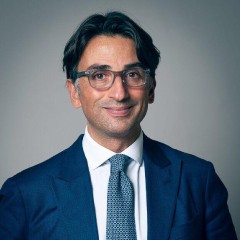 Filippo Manucci, born in Turin in 1970, after graduating in Political Science at the University of Turin, began his career in the L’Orèal Group in the FMCG L’Oreal Paris division initially as Product Manager then as National Account Manager and finally as Trade Marketing Manager. In 2001 he moved to the Gucci Group where for 3 years he held the position of Commercial Director of the Yves Saint Laurent Beaute ‘division, in 2003 he joined LVMH where for 4 years he was the Commercial Director of the Guerlain Division. Commercial of Estee Lauder and of the start-up Tom Ford Beauty, in 2009 he became Vice President of Shiseido.