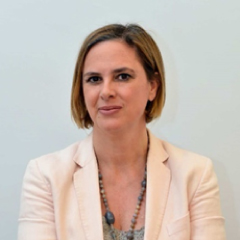 Monica Parrella, born in Benevento in 1971, is general manager at Presidenza del Consiglio dei Ministri, serving at the Department of the Civil Service.

In 2001 she was hired by the Presidency of the Council of Ministers, in the capacity of executive expert in drafting regulatory texts, where she assumed executive positions including that of Head of the Legislative Office for the implementation of the government program.