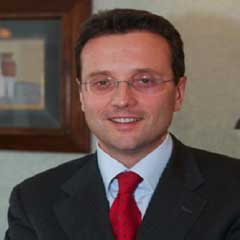 Alfredo Pallini is the General Manager of the Interbank Deposit Protection Fund (FITD). Graduated with honors in Economic and Banking Sciences at the University of Siena and graduated with honors from the School of Specialization in Banking Disciplines, also at the University of Siena, he attended Banking and Finance courses at the University College of North Wales of Bangor. He is a chartered accountant and auditor. He worked for 13 years in the Supervisory Area of ​​the Bank of Italy. He was Deputy General Manager and, for 6 years, General Manager of Banca Popolare di Spoleto. He worked for a year (2011-2) at the Vatican Financial Intelligence Authority as Deputy General Director. From 2012 to 2019 he was Central Director of the Central Institute of Italian Popular Banks (Nexi since 2017) and for one year Central Director of Cedacri. From 2012 to February 2020 he was Chief Executive Officer / General Manager of the Oasi company. From February to December 2020 he was Deputy Director General of the FITD. Since 2012 he has been teaching the Economics of Markets and Financial Intermediaries at the Luiss Guido Carli University in Rome. Since 2015 he is Adjunct Professor of the Luiss Business School. He is the author of several publications on banking and finance.