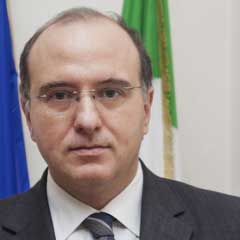 Executive, Ministry of Economy and Finance

Since February 2011 he has been a first-tier Executive at Ministry of Economy and Finance, holding various positions. He currently works as consultant with functions of study and research on activities related to PNRR and investments at Department of Treasury. On leave in 2021 to fill the role of head of institutional affairs of AS Roma, he was Deputy Head of Cabinet dealing with investments, PNRR and innovation; previously, as Advisor to the Minister of Economy and Finance for the attraction of investments, he worked on the so-called “Juncker Plan”, the investment clause and the reform of the financial system. Stefano was a member of the Bureau of the Housing and Land Management Committee at UNECE, adjunct board member of the European Investment Bank and director of TELT, the company in charge of building the Turin – Lyon railway connection. Author of various publications on financial markets and real estate, his research interests include public debt, e-procurement and European integration.