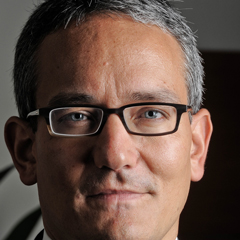 Maximo Ibarra is CEO of Engineering Ingegneria Informatica and former CEO of Sky Italia. He got a degree in Economics, then attended a Master in Business Administration, an Executive Program in Marketing of Telecommunications at INSEAD – Paris and a  General Management Executive Program at the London Business School. He has worked in Telecom Italia Mobile and Omnitel/Vodafone from 1994 to 2000 where he covered different responsibilities becoming Head of the Consumer Marketing Department.  From 2001 to 2004 he worked in Fiat Auto Services as VP for Business Development and Strategies, in DHL as Chief Commercial Officer and finally in Benetton Group as VP Worldwide for Marketing and Communication.

He entered Wind in 2004 where he has been appointed CEO and COO in 2012. He has been the former CEO of KPN, a leader in the Dutch Telco Industry.