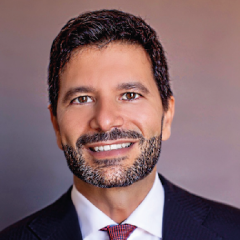 Since 1999 he has been a career diplomat, starting in Rome at the General Directorate for European Integration of the Italian Ministry of Foreign Affairs.

In 2001, he was appointed Chief of Staff at the OECD Mission in Belgrade and, the following year, was in Pristina to set up the Italian Diplomatic Office in Kosovo, now the Italian Embassy.

In 2005, he was posted to New York, at the Permanent Mission of Italy to the United Nations, where he was in charge of Balkans issues.

In 2007, he was back in Rome at the Office of the Prime Minister’s Diplomatic Advisor where, on the occasion of the Italian Presidency of the G8, he was named Head of the Sherpa G8/G20 Office.

At the end of the Italian G8 Presidency in 2009, he was at the OECD Secretariat in Paris as Director of the Heiligendamm/L’Aquila Process , a dialogue and engagement process with emerging economies on major world challenges initiated by the G8 in 2007.

In 2011, he was seconded by the Italian MFA to Italy’s Oil&Gas major Eni as Head of International Institutional Relations and Head of Eni’s USA Office. In 2014, he was named Senior Vice President and, in February 2015, he joined Eni’s Management Committee as Executive Vice President and Director of Government Affairs.

In 2011 he was appointed “Young Global Leader” by the World Economic Forum and since then has been a member of the Italian board of the European Council on Foreign Relations.

He has attended classes at Harvard’s Kennedy School of Government, at Yale’s Jackson Institute for Global Affairs and at the Oxford Institute for Energy Studies. He has extensively written about energy and geopolitics for national and international publications and teaches a class on the geopolitics of gas at the LUISS Business School in Rome.