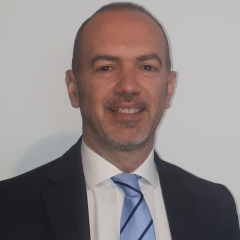 In this function, he is in charge to redefine the strategy, consolidate the core business and explore, develop new markets, with full P&L responsibility.

He has un extensive experience in business development either brownfield through JVs, partnerships and M&A deals or greenfield and in structuring of financings.

Previously, he followed the renewables energies market in Italy as Head of Renewables Energies Development at Engie Italia.

Previously he served as Head of Tenders at Eon Italia (Thuega Italia) in the gas distribution business and as Project Manager at Enel Hydro in the water business.