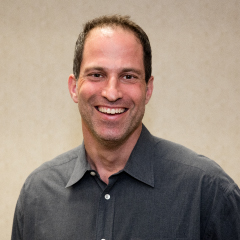 Tony Silard, Ph.D., is a professor of leadership and the Director of the Center for Sustainable Leadership at Luiss Business School in Rome. He is also the CEO of The Global Leadership Institute and the President of The Center for Social Leadership. Tony holds a Ph.D. in leadership from IESE Business School, which he received with First-Class/Excellent Distinction. He also holds a Master’s in Public Policy focused on leadership from Harvard University and has received two of Harvard’s most prestigious awards, the Robert F. Kennedy Public Service Award and the Manuel Carballo Memorial Award. His leadership programs have helped thousands of people in over 40 countries to create positive, breakthrough personal and social change in their lives and the lives of others.

Tony has been published in seven countries and six languages. His latest book is Screened In: The Art of Living Free in the Digital Age.

Tony has received numerous awards for his work, including Harvard’s Robert F. Kennedy Public Service Award, was named Visionary of the Year by the PBS series The Visionaries, and was featured at the Presidential Summit for America’s Future and America’s Promise.